Americans have a long and cherished tradition of independent self-reliance and initiative which is, I fear, being eroded into something the consistency of wet sand. Witness the recent fiasco in Denver area schools where a panic attack, fomented by public officials, spread like a virus to affect some 400,000 students. In the end, the only casualty was a tragically disturbed 18-year-old girl who, on little more than a hunch and having broken no apparent laws, became the object of a massive FBI manhunt which ended only after her suicide was discovered in a secluded mountain forest. Meanwhile, thousands of Denver area students and indeed the entire nation were, once again, manipulated and traumatized by our trembling officialdom, ably abetted by a vulture media establishment. Yet mental images of frightened students and teachers cowering in a locked classroom make me wonder whatever happened to the Land of the Free and Home of the Brave?

I remember quite a different America growing up where kids routinely rode their bikes to school and played outdoors unsupervised till dusk. We Boomers inherited a legacy of valor, self-sacrifice, and courage from our parent’s generation, who had recently fought a terrible war to secure freedom for all. Freedom is not free; it sometimes exacts a very high price after all. But later, as parents, too many Boomers failed to pass along those inherent principles of duty, honor, and fortitude to their offspring it would seem. Instead, that coddled generation sank into a hedonistic fog of self-absorption and false expectations which left their children quite unprepared to deal with the vicissitudes of real life. Helicopter parenting and the nanny state gradually edged out personal responsibility and duty to the neighbor. The radical 60s and Vietnam War proved to be a defining moment in our national history when that regressive reshaping of American character from “citizen soldiers” to “self-indulgent narcissists” was first widely observed.

This sad decline in moral stamina and courage was ably noted back in 1978 by Nobel Prize laureate  Alexander Solzhenitsyn when he addressed that year’s Harvard graduates. In a famous commencement speech he remarked, “The Western world has lost its civil courage… Such a decline in courage is particularly noticeable among the ruling groups and the intellectual elite, causing an impression of loss of courage by the entire society. Of course, there are many courageous individuals, but they have no determining influence on public life.” The great Russian writer then reminded his audience, “Should one point out that from ancient times decline in courage has been considered the beginning of the end?”

Risk management has replaced common sense and stoutheartedness among our leaders so that Americans today are being systematically conditioned to respond like frightened rabbits. We are skillfully exploited by those ever willing and ready to manufacture and promote any crisis in the unending quest for a cheap headline. Chalk up another big win for those purveyors of fear and anxiety in this increasingly media-saturated world. Solzhenitsyn again, “The press can both stimulate public opinion and miseducate it… Hastiness and superficiality are the psychic diseases of the twentieth century, and more than anywhere else this disease is reflected in the press.” Even before all the facts are known, as in the recent events in Denver, the media is taking the lead in drawing conclusions, inciting panic, and forming opinions without a shred of accountability. Solzhenitsyn asks, “the press has become the greatest power within Western countries… By what law has it been elected and to whom is it responsible?” Today, media induced hysteria has been greatly amplified with the advent of social media. Controlled by giant corporate players like Facebook and Twitter, it has devolved into a global gossip wall where nobody’s rights or privacy are to be respected.

But to blame the media entirely would be shortsighted. Our legalistic culture also plays a large role in fostering the loss of personal courage and responsibility. We demand legal remedies to every social or personal problem, as though the makers of cigarettes, soda pop, or even pain killers are ultimately responsible for the poor personal choices we make. Laws were never intended to create a perfect world but only to keep the centrifugal forces in any society from tearing it apart. Solzhenitsyn realized that legal solutions have definite limitations. Social harmony demands something greater. “People in the West have acquired considerable skill in using, interpreting, and manipulating law… If one is right from a legal point of view, nothing more is required. Nobody may mention that one could still not be entirely right and urge self-restraint, a willingness to renounce such legal rights, sacrifice, and selfless risk: it would sound simply absurd. One almost never sees voluntary self-restraint… I will tell you that a society without any objective legal scale is a terrible one indeed. But a society with no other scale but the legal one is not quite worthy of man either.”

Have we not created such an unworthy society for the young today? We routinely subject them to lockdowns in school for their physical “safety” but never consider the psychological harm such heavy-handed administrative tactics may cause. Parents hand out smartphones like candy so they can constantly monitor their kids, but the kids then use the same device to open themselves up to moral dangers we never imagined as kids: sexting, cyberbullying, pornography, spying, posting crude or slanderous content about others. Psychologists tell us that kids today are far more vulnerable, insecure, and depressed than before cellphones had become the standard hardware of adolescent life.

An exponential rise in teen suicide rates tends to verify this observation. Apps like Safe2Tell only invite them to visualize threats lurking everywhere and thus become fearful of everyday situations. Living in today’s “digital fishbowl,” many kids today only want to feel “safe” and protected. They see themselves primarily as potential victims, not as free and responsible citizens who must deal with everyday problems directly. Too many have lost the youthful joy of exploring, taking calculated risks, or even lighting a firecracker. But in the end highly organized and overly managed societies ultimately promise to breed nothing more than a class of anesthetized automatons.

Solzhenitsyn argues that “Even biology knows that habitual extreme safety and well-being are not advantageous for a living organism.” The absence of risk or the facing of real challenges allows for little personal growth. But as Americans become ever more enfolded in the arms of AI technology and a nanny state intent on protecting us from every imaginable harm, we are losing the true sense of freedom. Freedom entails responsibility, and yes, some degree of risk. The child never permitted to make a mistake and be held responsible for the consequences will never learn anything of value. Progressive utopians today demand a perfect world without consequences; where rules and laws minutely regulate our every activity. But such micro-management only tends to crush the human spirit. Instead of providing peace and order, over-regulation ultimately causes divisions, unhappiness, and chaos.

Americans were once a fearless people, willing to undertake the most daunting challenges and obligations, but we have not passed on those values to our children who now expect to be “taken care of” by some all-encompassing nanny state. What have we done to our children? So many of them today are desperate, fragile, frightened, insecure, and socially maladjusted that they have become effectively paralyzed. Their only window on the world is not personal experience but a palm-sized screen. They prefer fantasy worlds to reality, playing video games to working hard, a dark bedroom to the great outdoors. Courage and enthusiasm, which were once defining hallmarks of American youth, have been overtaken by whining and passivity ─ though this is decidedly not the case among immigrant groups such as our Asian-American cousins who still believe in hard work and success. (Which, ironically, seems to be why Ivy League schools now discriminate against them for entry.) Leading a successful life depends mostly on one’s attitude, not on one’s preferred identity.

Finally, Solzhenitsyn alludes to that essential element in the social equation which has historically been the very keystone upon which Western society was built: religion. He diagnoses our current malaise in a few short sentences. “We have placed too much hope in political and social reforms, only to find that we were being deprived of our most precious possession: our spiritual life. In the East, it is destroyed by the dealings and machinations of the ruling party. (i.e. Communism) In the West, commercial interests tend to suffocate it. This is the real crisis… All the glorified technological achievements of progress, do not redeem the twentieth century’s moral poverty.”

For too long politicians, journalists, and educators have been preaching to our innocent youth that Christian moral values represent an unacceptable imposition of religion in the public forum. At the same time, many Boomer parents were casually abdicating their own religious responsibilities. They naively left it up to their offspring to decide for themselves what was true, moral, or right ─ whenever that time came, if at all. Consequently, the dual messaging that these kids received from both sources was that religion is something optional and most likely irrelevant in today’s world. Faith and the spiritual life were, at best, some do-it-yourself experiments. As a result, the strong moral fiber that once knit this country so strongly together has degenerated into a kind of moral relativism that only pulls our people in a thousand different directions. Social cohesion, after all, is a byproduct of moral and spiritual cohesion. When the Ten Commandments are banned from public view, the anarchy of self-interest must reign supreme.

Alexander Solzhenitsyn certainly saw the problems of the West clearly enough, but he also realized that every cloud also had its silver lining if one dared to hope (also an act of courage). He thereby concluded his 1978 Harvard address with a gloriously positive challenge as his rejoinder to the spiritual decline of the West, which even by then was well advanced:

“If the world has not come to its end, it has approached a major turn in history, equal in importance to the turn from the Middle Ages to the Renaissance. It will exact from us a spiritual upsurge: we shall have to rise to a new height of vision, to a new level of life, where our physical nature will not be cursed as in the Middle Ages, but even more important, our spiritual being will not be trampled upon as in the modern era.

“This ascension will be similar to climbing up to the next anthropologic stage. No one on earth has any other way left but ─ upward.” 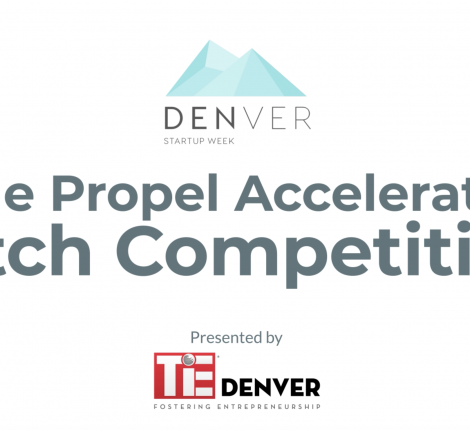